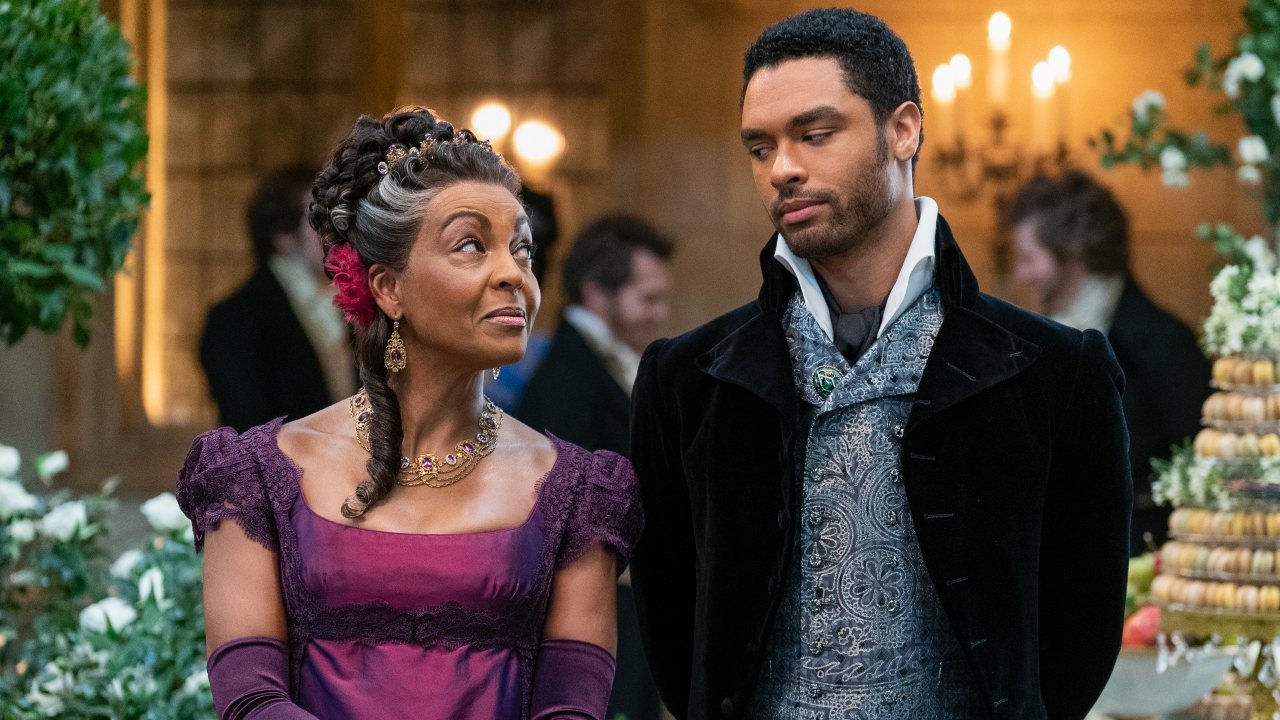 After a difficult year like the one we have just passed, each of us knows how fundamental the stimuli are to continue creating and processing. Those who work in the creative sectors, then, have experienced it on their own skin. Not being able to go out, relate to others, live new experiences that give new emotions, it was like closing yourself in a bubble, made of the usual things, with the usual routine.

Each of us has therefore taken refuge in the great world of the Internet, which offers (despite everything, it is incredible) continuous visions of the “outside world”, “as it once was”. And it is probably also thanks to platforms such as Youtube and Netflix if we continued to dream and hope to come back to life with strength: all that music, those films and those TV series accompanied us, supported us, made us laugh and cry in the worst moments of despair, in which we were alone, on our sofa, with yet another tub of ice cream or bag of chips.

The British Fashion Council has been able to make the most of the momentum of the Netflix series and has started a collaboration with NetflixUk which gives three of its students the opportunity to design and reinterpret the clothes of the TV series Bridgerton. The team of the three boys is made up of Aurélie Fontan, Edward Mendoza and Shanti Bell and the most formidable thing is that they will be led by tutor and mentor Richard Quinn. 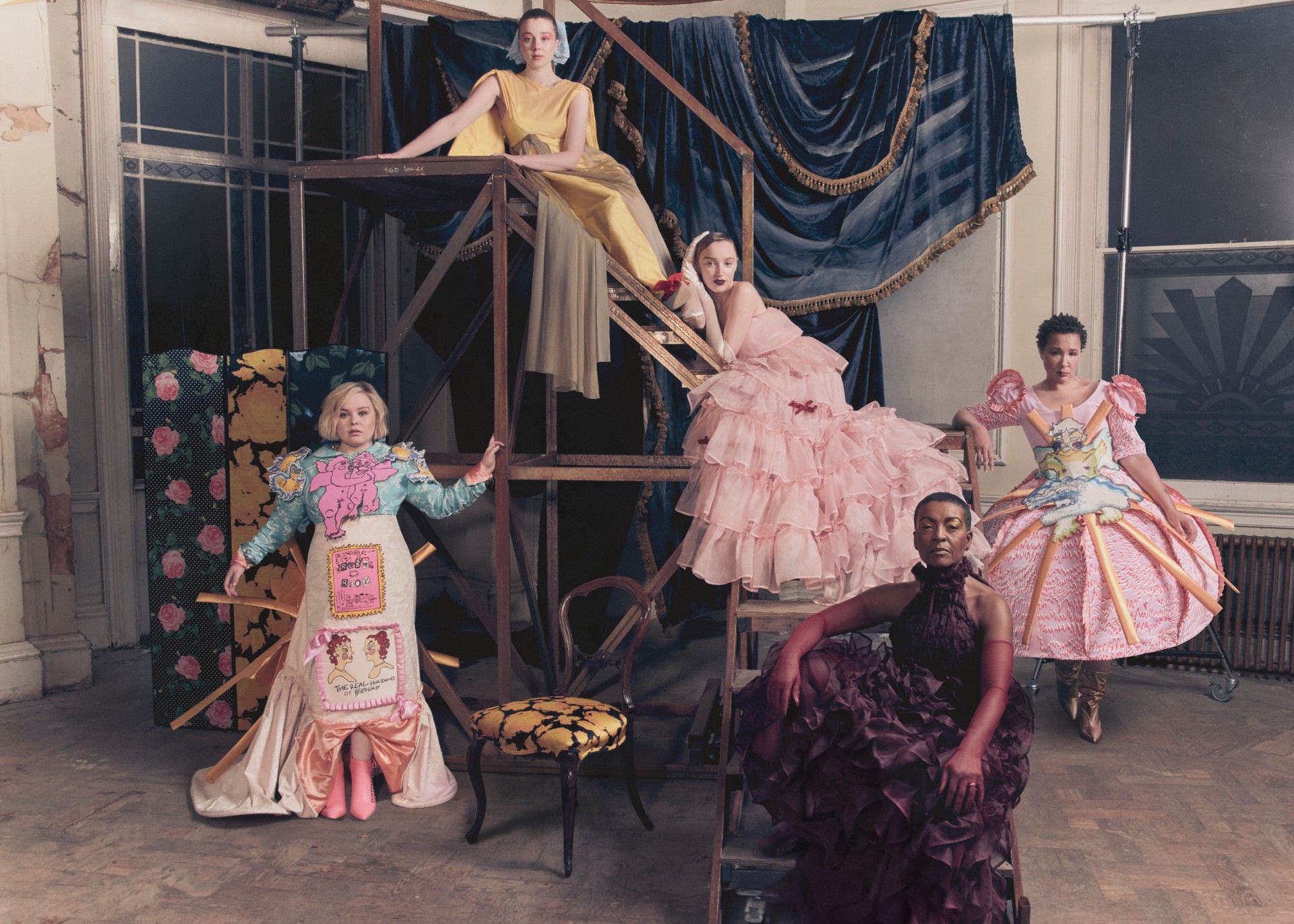 The collaboration between the BFC and Netflix is ​​already quite innovative in itself, but it opens us to new interesting reflections on possible future scenarios in fashion. We could say that this is ‘reinventing’ itself, using an “old but new” method. It is not an absolute novelty, in fact, that high fashion manages to sneak onto the big screen: should we remember Armani with American Gigolò? Or the classic Breakfast at Tiffany’s, with Audrey Hepburn so in love with Hubert De Givenchy that she forced the director to use her clothes?

But we could equally say that, in recent years, all the mass TV series and popular cinema had somewhat wiped out this beautiful habit of combining, in terms of fashion, luxurious clothes with thick films. 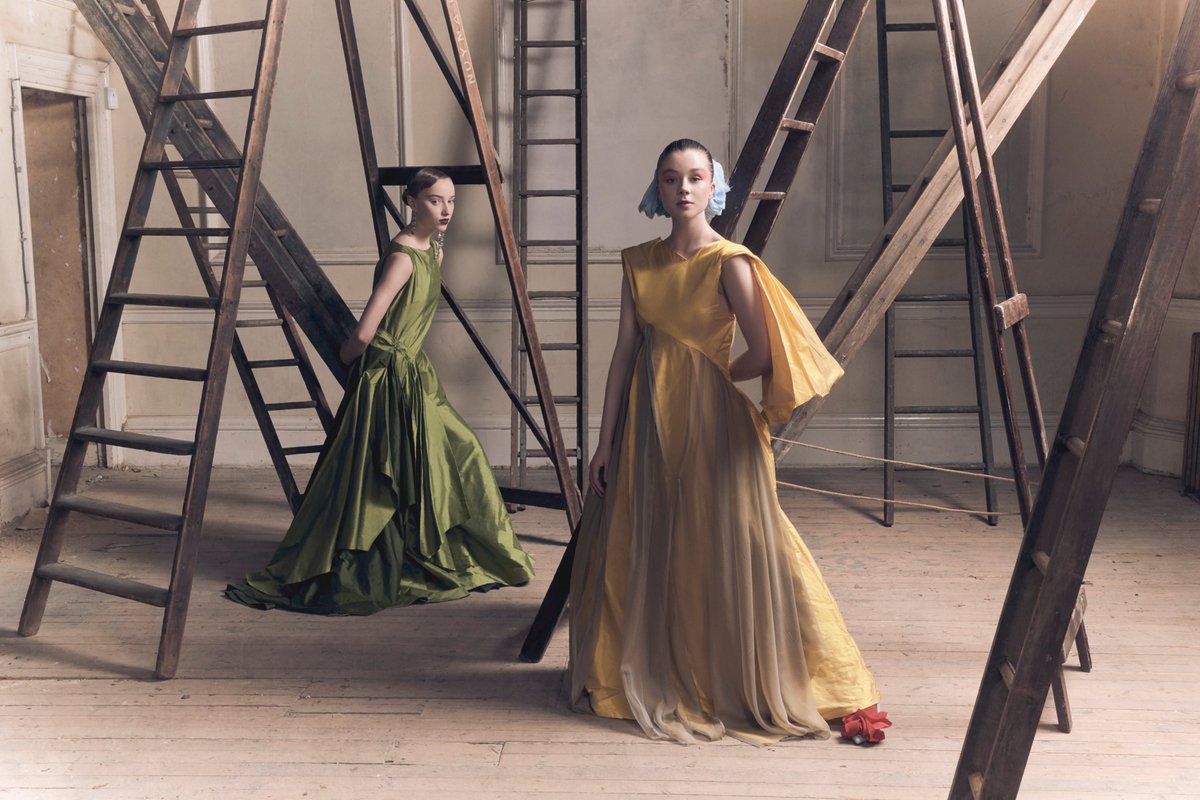 But above all, in this way the BFC tries to introduce tutoring as a method that is not only valid, but fundamental for fashion design students, especially if the tutor is able to bring with him the years of experience in the field, like the Londoner Richard Quinn.

Although the official costumes were not designed by these young designers and are instead of the famous costume designer Ellen Mijornick, the clothes were still a nice marketing and communication move: the photos, taken by photographer Amber Pinkerton, were reposted by some stars of the series, from the BFC profile and also from Netflix Uk, giving young talents a lot of visibility in both fields, cinema and the fashion system.

The most interesting question we should ask ourselves is what could happen if this initiative were able to launch future collaborations between the pillars of the “new cinema streaming” (such as Netflix or Amazon Prime) and the emerging voices of young designers still ” students “.

Gemma Juliver, the Commercial Director of the BFC, greets us with these words:

“This year has been one of the most difficult for the British fashion industry. We are delighted to partner with Netflix to support our talented designers to work on one of the biggest shows of the year: Bridgerton. This collaboration with Netflix shows the importance of fashion in the world of television and cinema». 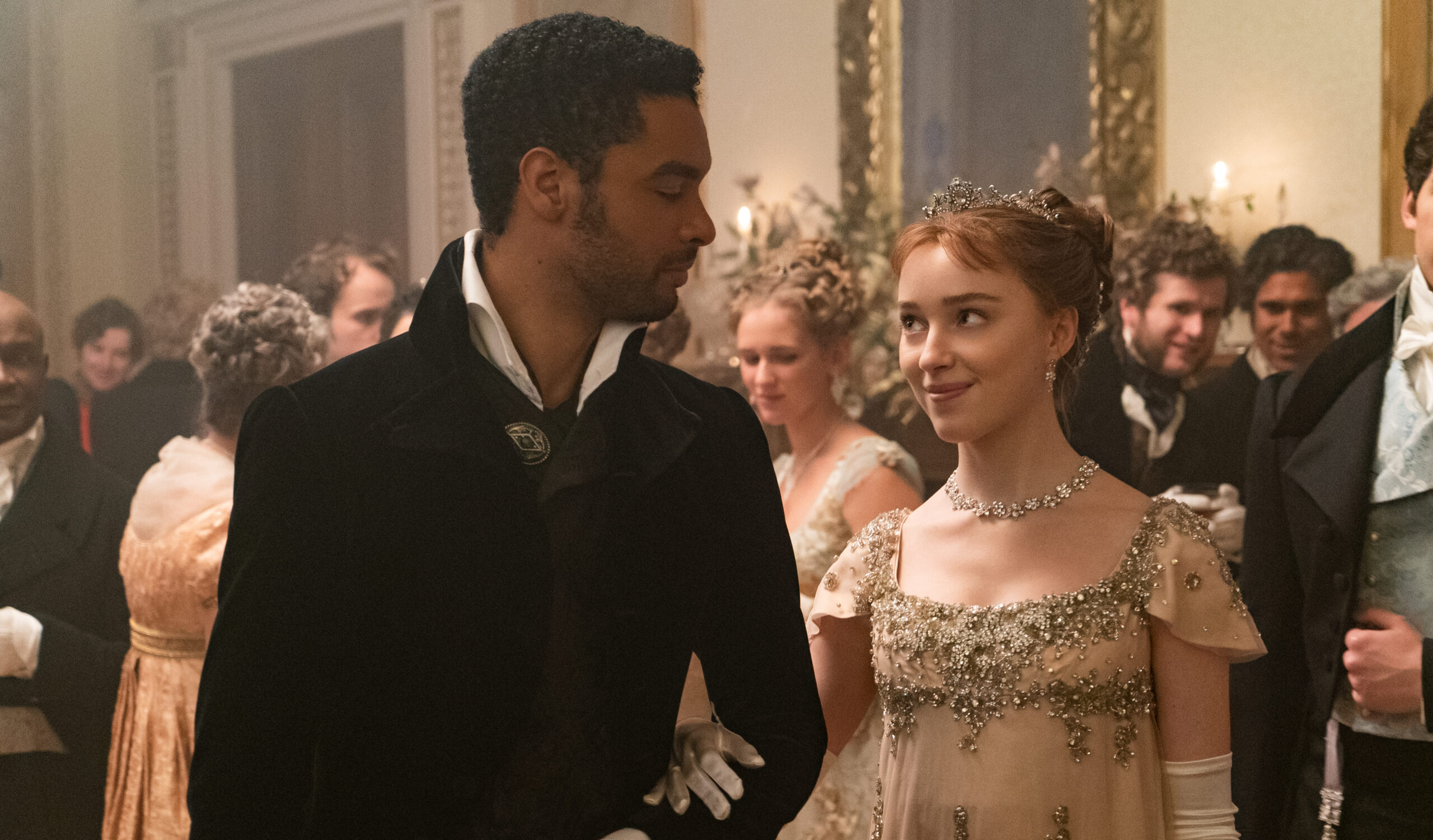 Discover with us Vescovo, an emerging sustainable brand and Made in Italy! 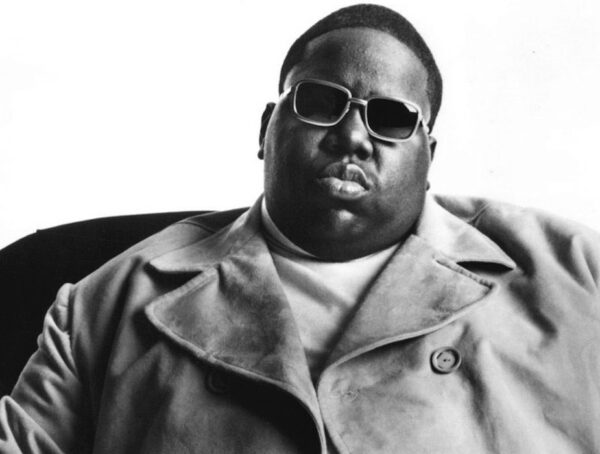 76
Cinema Culture Lifestyle
“Biggie: I Got a Story to Tell”: Notorious B.I.G’s new documentary it will be on Netflix 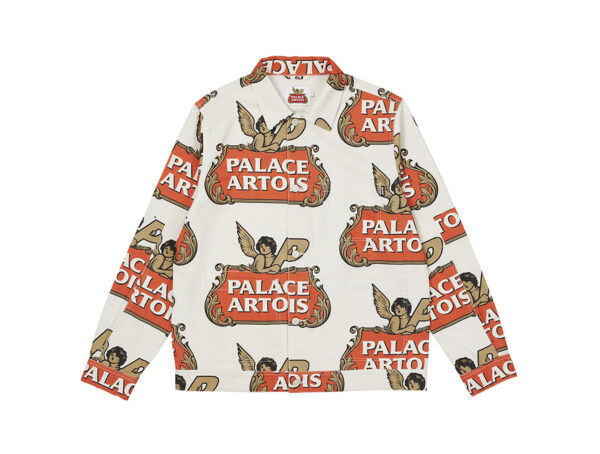 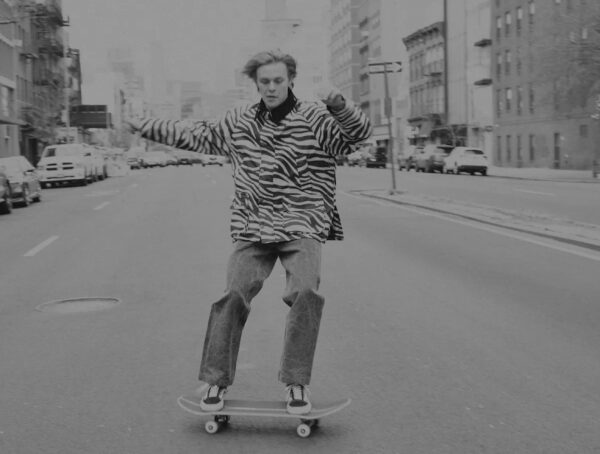 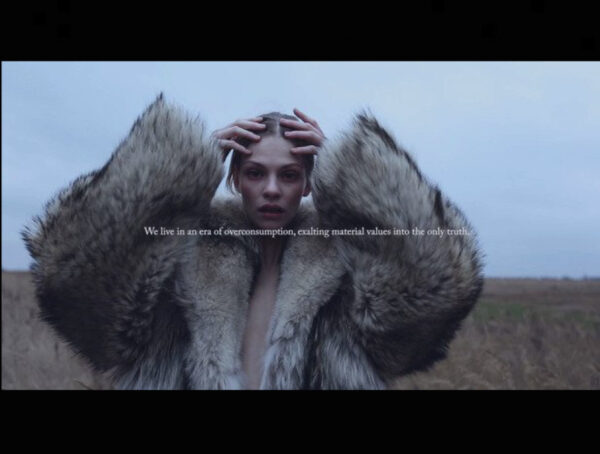 Masha Butorina talks about the relationship between man and the environment, often lacking in regard and caution. Among the 200 short films in competition in the latest edition of the Milan Fashion Film Festival, “Fur” was the most acclaimed by 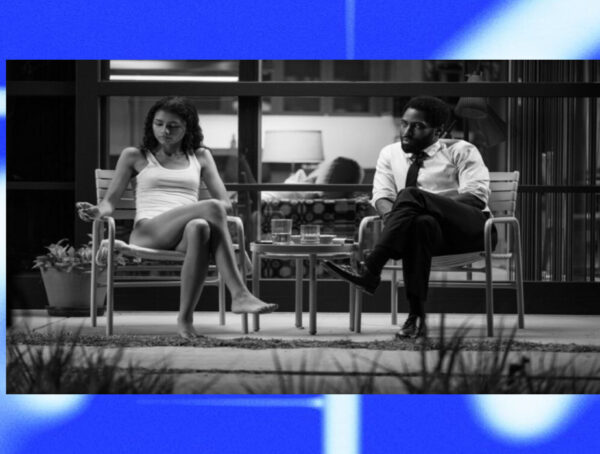 What to see in February: all the movies not to be missed on Netflix and Prime Video

If we think about February, the first thing that comes to our mind is that we’ll probably have to come across dozens and dozens of sentimental films, that we have seen a thousand times. It’s certainly a difficult fight, but 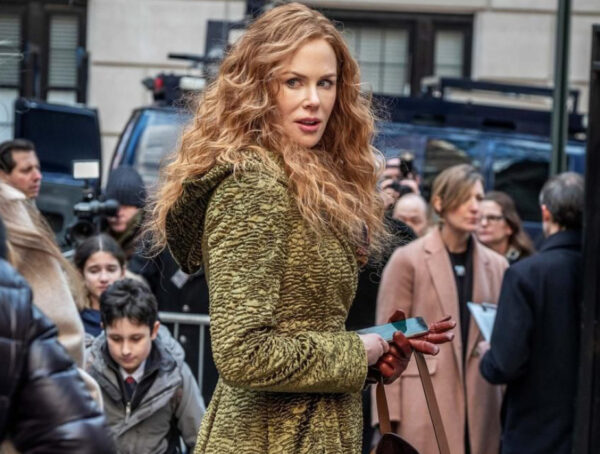 “The Undoing” is the thriller TV series of the moment, and we have carefully studied all the looks of the protagonist Grace. The TV series is currently airing on Sky Atlantic and streaming on Now TV, and protagonists are